What patients do not recommend cardiac transplantation?
Some people are not eligible for transplantation due to diseases other than the heart. Like people with:
-1 Liver and kidney disease
2. Patients with insulin-dependent diabetes mellitus, which causes diabetes to interfere with the function of the organs.
-3 Patients with malignancy
-4 Individuals with peripheral vascular disease
-5 high pulmonary vascular resistance
6. Recent Thrombophilia
7. Age over 60 years
8. Addiction to drugs such as cigarettes and opium.

Before the link, a lot of research has to be done to determine if people with heart failure are a good candidate for a transplant. Preoperative examinations briefly include:
– laboratory tests: for example, blood group measurement and hemoglobin measurements, liver and kidney function tests and biochemistry tests.
Examination of hepatitis and AIDS and viral infections, such as Mycophenolate viral infection.
– Check for tuberculosis and fungal infections.
-Specific prostatic antigen test in men and Pap smear test in women.
– Other laboratory tests according to specific conditions.
Imaging tests include: Coronary artery angiography, echocardiography, radiographic photosync and CT scan of the chest and complete abdominal and pelvic ultrasonography.
Diabetes Mellitus reviews: Pulmonary function test, Cardio-pulmonary exercise test to examine the severity of the disease and the severity of the person’s disability, measure the pressure of the left and right cavity and determine the resistance of the pulmonary arteries.
– Check the health of the mouth and teeth.
Once the disease has been associated with the right condition, his profile is included in the link list, and when the heart is given, the recipient will be selected based on the severity of the disease and the blood type and body composition. As soon as the heart is properly donated, the recipient is contacted for a few hours at the heart transplant hospital to make quick preparations before surgery.

After the patient is admitted to the hospital, before inserting angiogyectomy into the patient’s hands or arm, a folio can be inserted, and catheters may be inserted into the neck, wrist or groin area, in which case the heart condition and pressure Blood was monitored during surgery.
Surgery is under complete anesthetic. The chest is cut from the middle part of the chest wall. During the surgery, the patient’s blood flows through the heart’s pulmonary bypass and the blood and oxygen of the organs are fed through the body. The recipient’s body is removed from the body. The crochet puts it in place and sewed, then the pulmonary car is removed from the body and blood flows in the heart.
When the new heart is linked to the receptor’s body, the body’s immune system responds to the new heart and attacks the new organ. Therefore, in order for the new heart to survive and function in the recipient’s body, it should prescribe medications to weaken the immune system. These drugs are prescribed before surgery and continue until the end of their life, although their number and dosage will decrease over time.

Surgical Dangers: Like any surgery, problems may occur after transplantation, bleeding, infection, blood clotting (which may cause a heart attack or a pulmonary embolism), respiratory problems, kidney dysfunction and … some of the problems. After transplantation surgery.

After surgery: After transplantation, the transplant is transferred to the intensive care unit and may remain in this area for several days. The patient may be connected to the ventilator for a few hours, or even several days after the surgery, but it can be separated from the device as long as the patient is able to breathe normally and effectively. In the first few days after the operation, antibiotic drugs and medications to maintain blood pressure and heart function are gradually discontinued. Immunosuppressive drugs that began before the surgery continued after the operation according to the instructions of the heart transplantation center, and it is necessary to check the blood level of some of these drugs regularly to adjust the blood level of the drug. . During the period of admission to the intensive care unit, the nursing and rehabilitation team prepares the pulmonary and thoracic organs to be transferred to the normal part, and usually leaves the hospital for 14 days, but in the event of problems such as infection and bleeding And … may be longer hospitalization. After discharge, the patient should clean the site of the surgical wound, and be systematically visited by the surgery team. At each visit, laboratory tests, chest x-ray and biopsy may be necessary.

Transplant rejection and biopsy: As previously mentioned, the new heart is thought to be and is attacked by the immune system as a stranger, so all transplanted individuals require that the debilitating drugs in the first year of the 25% However, despite the use of these drugs, after transplantation, some degree of rejection of the transplant

To experience. Sometimes transplant rejection is not symptomatic and it is only necessary to increase the dose of medications, but sometimes forgetting a few doses of the medication may result in the rejection of severe grafts that endanger the life of the individual, therefore, it is imperative that the recipient takes very seriously the correct use of his medications. And be careful.
Since the early stages of asymptomatic transplant rejection are required, it is necessary to test the tissue of the heart for microscopy by biopsy technique, in order to initiate appropriate treatment if changes occur due to rejection of the member. Biopsy is usually done through the vein of the neck or groin. The risk of rejection in the first month of transplantation is greater than any time and gradually decreases with time. Therefore, the number of cases of biopsy is also higher in the first six months and gradually decreases.

Long-term complications of cardiac transplantation:
– Reject the link that was already described in the above
– Side effects of immunosuppressive drugs such as diabetes, blood pressure, and kidney dysfunction
– Bad: The risk of developing malignancies such as skin cancer and lymphoma, and … after transplantation, increases due to the use of immunosuppressive drugs.
Opportunistic infections
– Coronary artery disease, which may be a heart attack, heart failure and erythema, and even sudden death.

Nutrition and exercise in heart failure 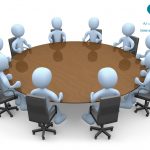